When it comes to a celebrity endorsement, nothing says trendy like going with an artist from PBS who died almost a quarter of a century ago.

Somehow, someone decided to make “Bob Ross:  The Joy of Cereal.”  It looks like it has oats and marshmallows like Lucky Charms, and it’s available exclusively at FYE.

(Here’s a picture of the box.) 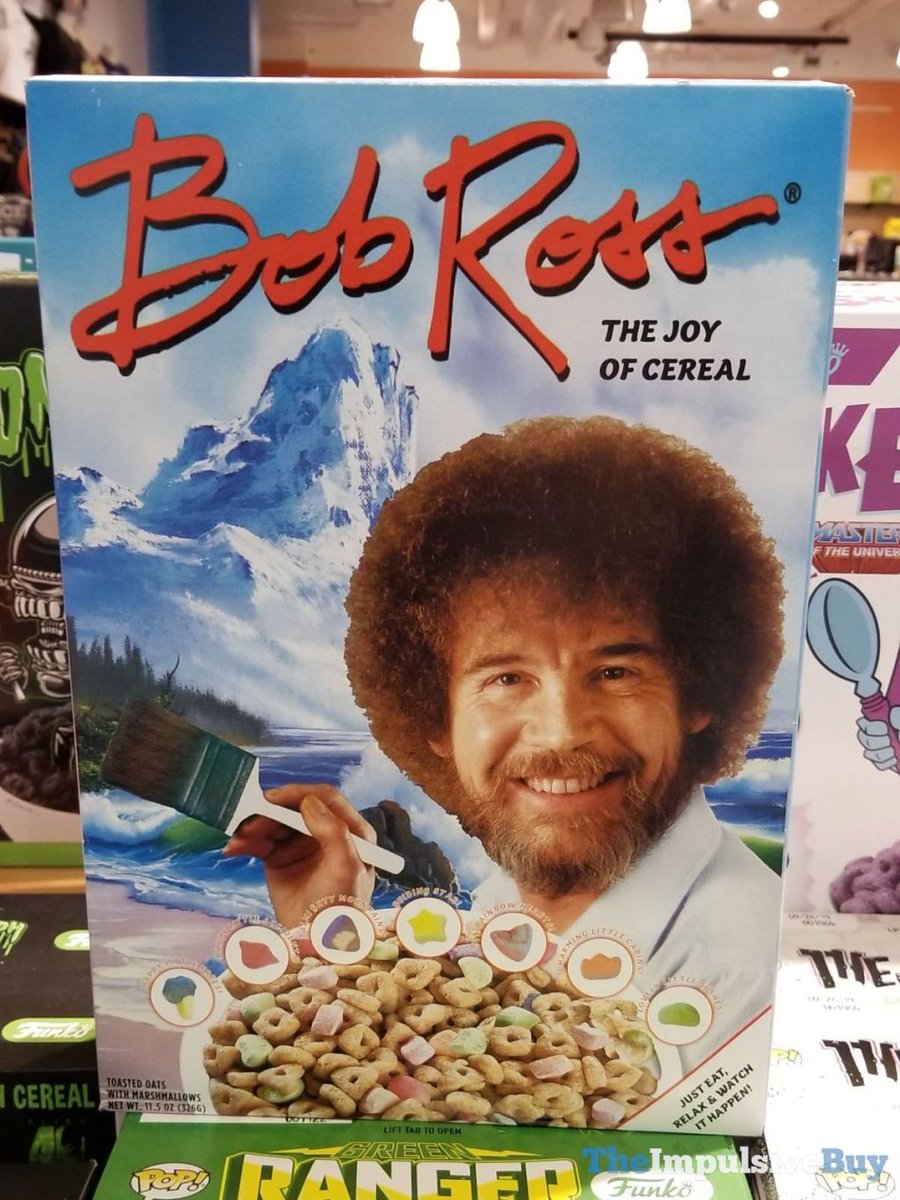 This Day in Country Music